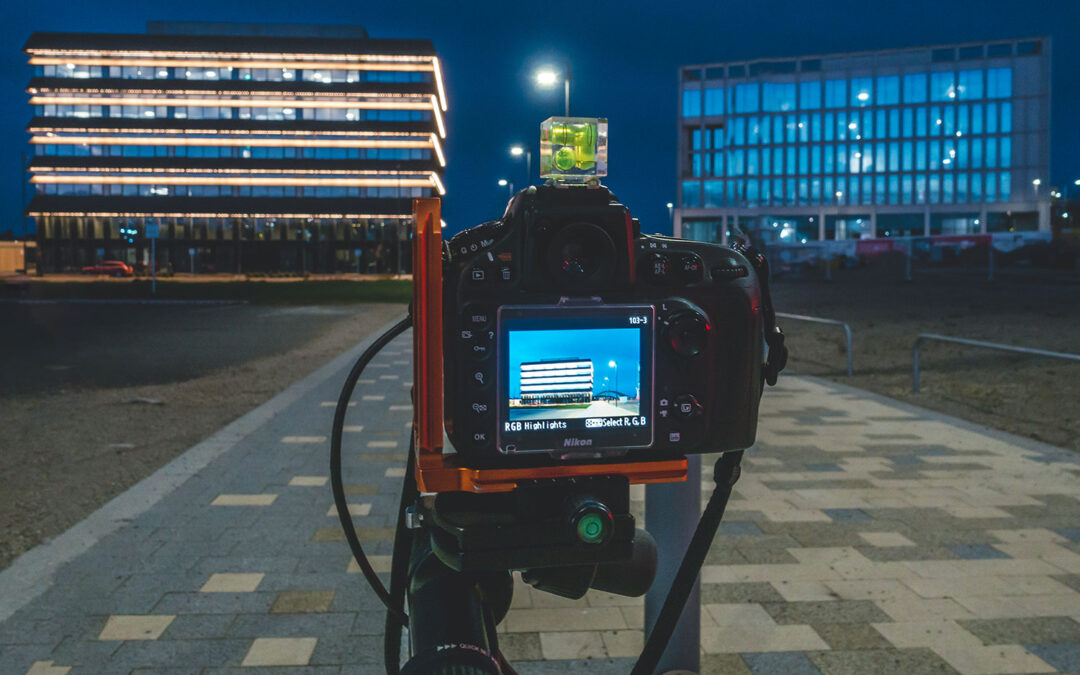 Here we go again with another trip out. This time with a digital camera!

This is The Beam. The first office space to be developed at the Riverside, the site which used to be Vaux Brewery in Sunderland.

I’ve been meaning to create some exterior images of this for some time and with all the recent adventures with large or medium format analogue film (see previous Journal uploads), I decided to use the digital equipment that’s more in keeping with the day job.

Things to bear in mind here were: time of day; weather; the time the exterior lights of the building came on; access and angle of view.

Adjacent to this is the construction of the new Civic Centre so I wanted to avoid a building site/scaffold/trucks. I still had to retouch a parked car and some temporary boundary fencing from the images.

I also wanted to include something else close to the building, and the bridges over the river seemed like a good idea (see first image below) but that view is the back of the building! The front of the building is the second image. The development behind The Beam has yet to be completed.

Big thanks to John for the socially distanced Behind the Scenes images and the gear used on this one was Nikon D800e with 3leggedthings QR plate, 24/45 PCE lenses, Benro tripod, Manfrotto geared head with arca QR plates, Lee filters all chucked in a Lowe Pro Flipside 400AW. 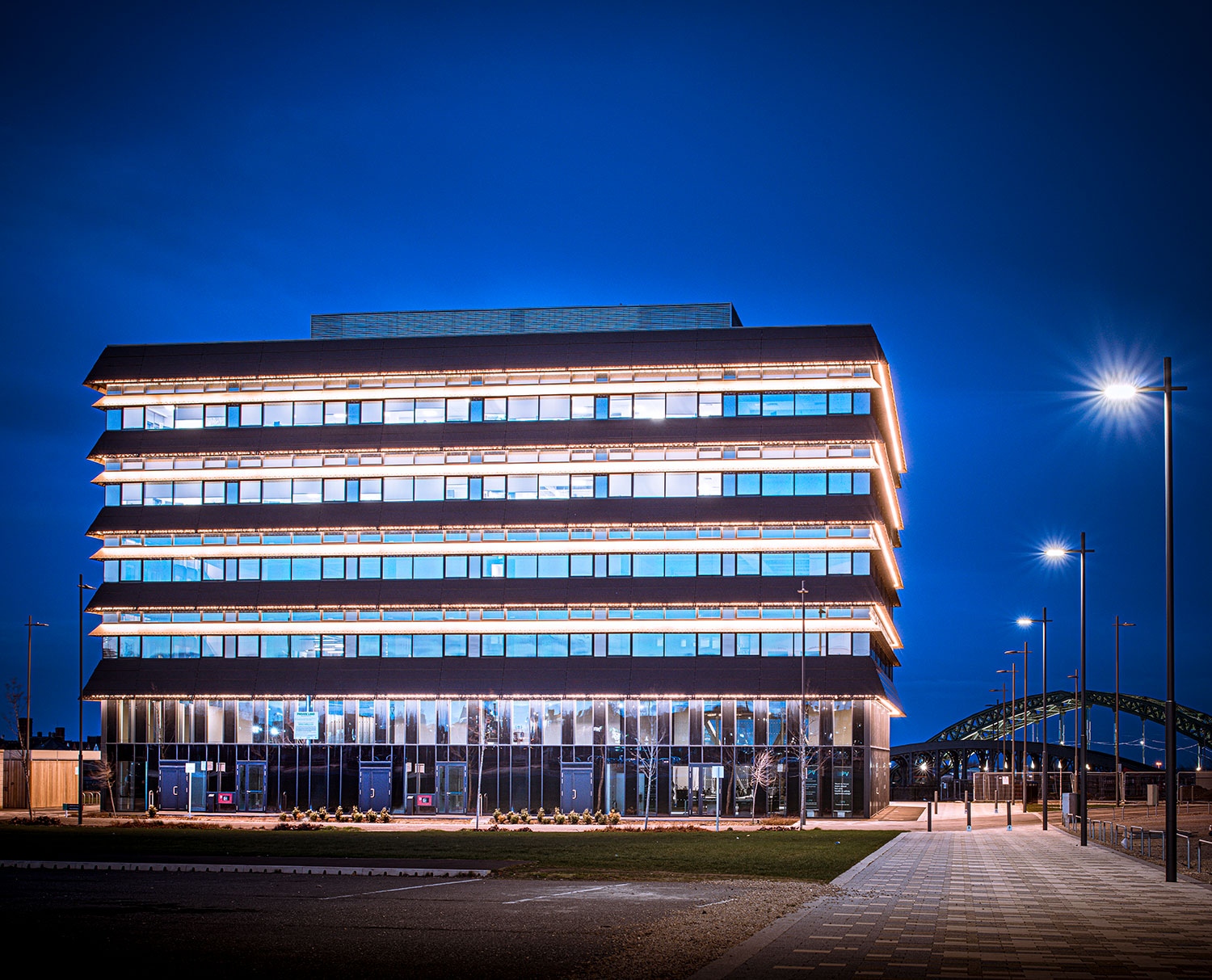 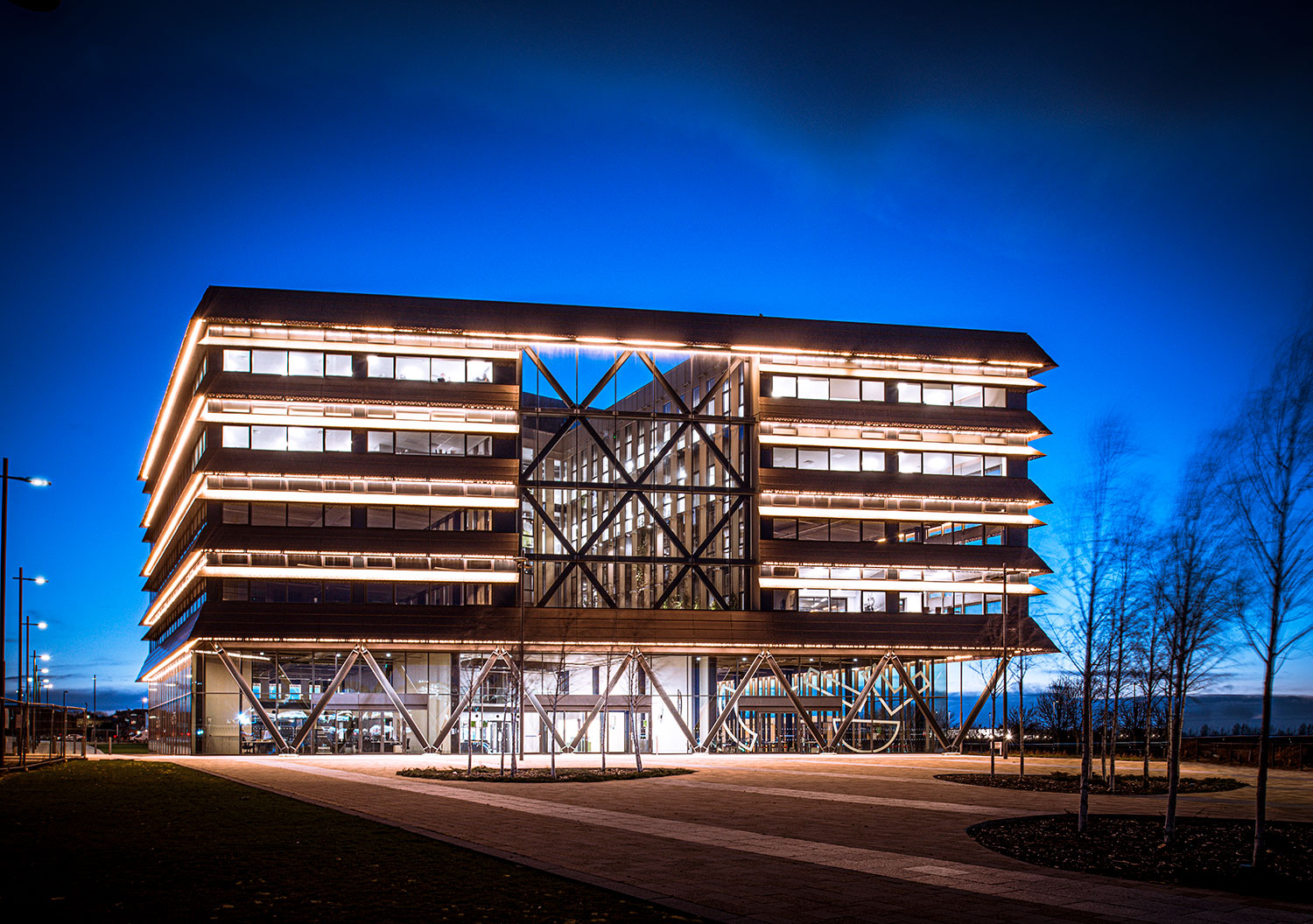